As heard on Vermont Public Radio. Listen to the story here: http://digital.vpr.net/post/fill-void-left-vermont-yankee-vernon-looks-n... 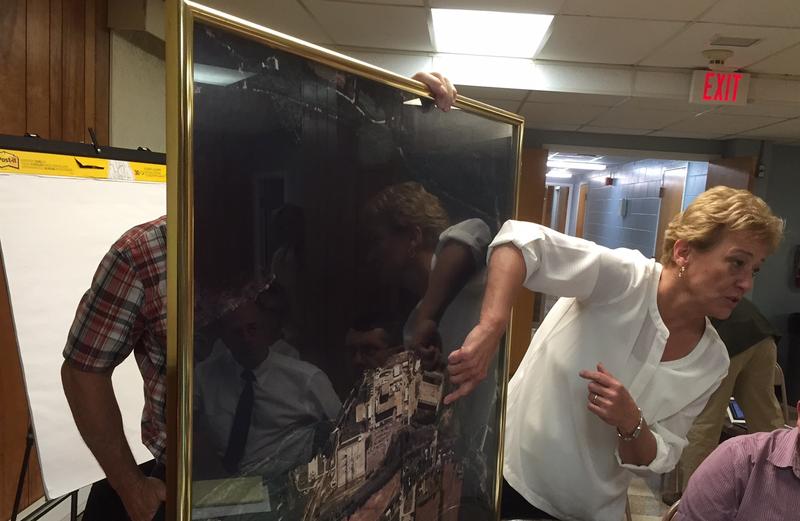 Energy leaders from across the state met in Vernon this week to help the town plan for life after Vermont Yankee.

Entergy Corporation closed VY in December, 2014, leaving behind an enormous switchyard that can handle hundreds of megawatts of electricity from a power plant.

The town wants to replace VY's tax base — and lost jobs — and with those high voltage transmission lines, Vernon is looking for an energy project that could make use of the electrical infrastructure.

The meeting was part of an effort by the Vermont Council on Rural Development to help the town with planning and economic development.

Representatives from Green Mountain Power, the Department of Public Service and the Vermont Electric Power Company (VELCO), which owns the switchyard, met for about three hours Monday to brainstorm ideas with the Vernon Planning Commission.

Kerrick Johnson, VELCO's vice president of external affairs, said two large hydro projects have already been lined up to use a portion of the switchyard, but added that it would be possible to add an additional energy project.

"As of right now, the smart people who work for us, they say there still will be capacity going forward," Johnson said. "There is an open position. There's an empty socket that you can plug something in."

So Vernon is trying to figure out what to plug into that socket.

Vernon was eyeing a proposal by the energy company Kinder Morgan to build a natural gas pipeline that would have come within seven miles of the town.

The town had hoped the pipeline would have fueled a natural gas power plant that could have fed into the switchyard, but the company dropped its plans to build the pipeline.

Otley said GMP is moving away from relying on large regional power plants to smaller plants. He says the switchyard put Vernon on the cutting edge of energy creation and distribution.

"We see a future not too far out, where energy is produced very locally, and moved very short distances," he said. "But that's a very different vision than trying to recapture a big plant and re-create a big plant that was lost."

Entergy is beginning what could be a 60-year process of decommissioning the former nuclear power plant, though the state hopes the company speeds up that process.

There will be challenges in re-using the VY land, but Vernon Planning Commission member Patty O'Donnell said the developers could ultimately get access to the land for a large solar project, or some other type of energy development.

"We know we won't replace Vermont Yankee, and we're not even trying to," O'Donnell said. "But we do know that we have to do something with that land.

There were a lot of ideas discussed at the meeting, from developing a district heating source to building a biomass plant or trying to get the natural gas option back on the table.

In the end the group talked about applying for planning money to set the groundwork for a long-range plan to develop an alternative energy innovation center that might use the switchyard.

Any solutions to replace the tax base and jobs that were lost when VY closed will take a lot of work. The meeting this week was just one step along that very long road.