By Nina Keck, as seen and heard on Vermont Public Radio: https://www.vpr.org/post/gmcs-impending-closure-prompts-poultney-residen... 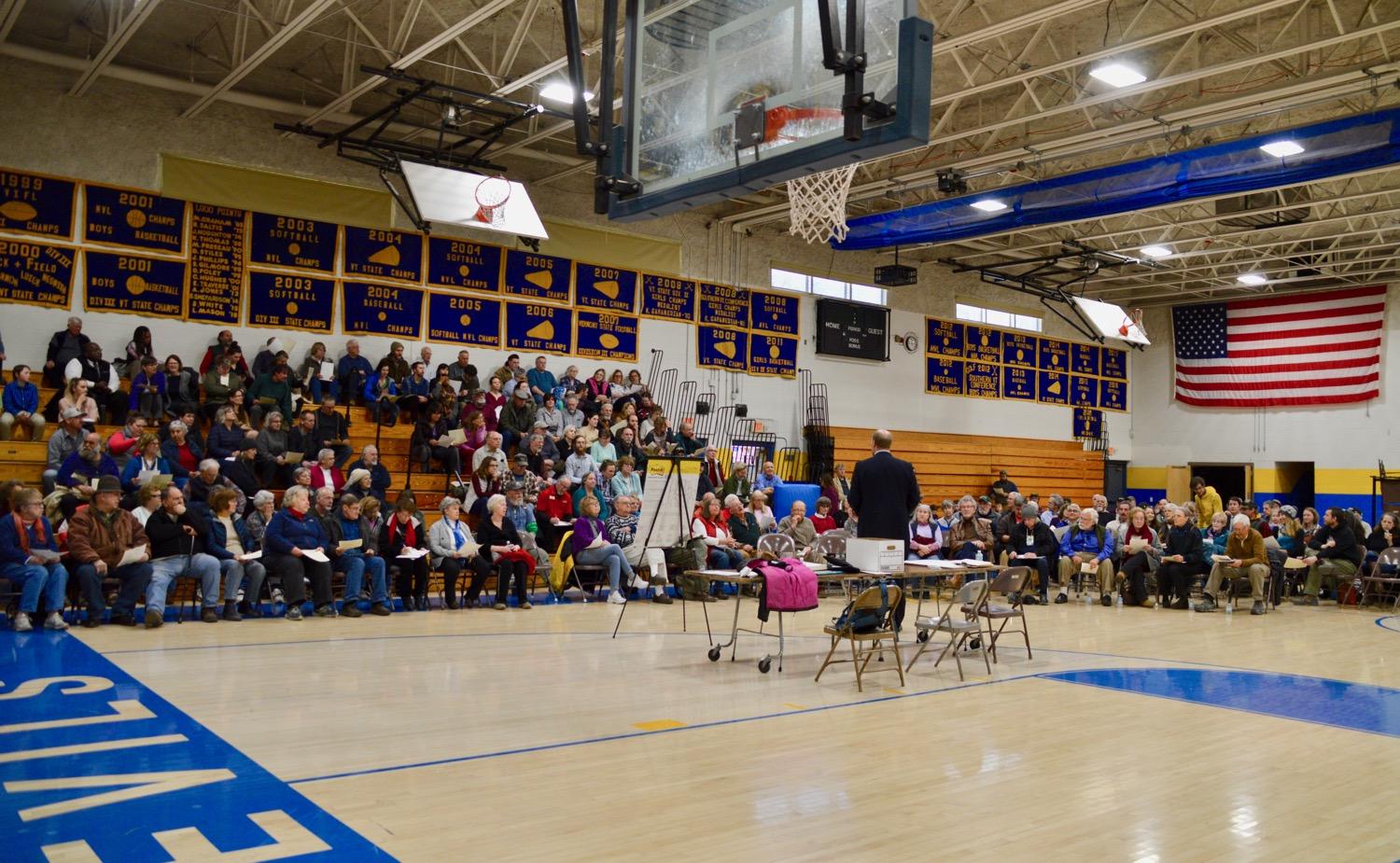 There's still no decision on what will happen to the campus of Green Mountain College when it shuts down this summer. On Thursday, 300 people from in and around Poultney met at the high school to talk about what they'd like to see happen next in town — the latest in a series of community meetings with state, college and local officials.

After a free dinner in the school’s cafeteria, Vermont Agency of Commerce Deputy Secretary Ted Brady kicked things off in the high school gymnasium where people packed the stands.

Brady told the crowd: "The future of Poultney is in your hands."

A month ago, the town held its first public forum and brainstormed dozens of ideas of what locals would like the college to morph into.

Suggestions included turning the campus into senior housing, creating a mental health satellite complex for Brattleboro Retreat, creating a business park or a center for innovation on climate change.

At this latest meeting more than 30 ideas were written on large pieces of poster paper and taped to the gymnasium’s walls, ready to be ranked.

But Poultney veterinarian Susan Johnson raised a question that many at the meeting had:

“We can have 30 ideas, but this is really a viable option to me only if the town of Poultney buys the campus,” Johnson said, as others sitting nearby nodded. “So why are we devoting so much energy on what to do with a campus that we don’t own?”

Bob Allen, the president of Green Mountain College, said that Johnson had a point. He said that GMC’s board of trustees will make the final decision for any purchase, and whomever buys the campus will have their own agenda. But, Allen said, at this point the board wants as much community input as possible.

Allen said they're currently considering what he called two "very solid proposals" that would repurpose the GMC campus, which includes 22 buildings and about 450,000 square feet of space.

He said both proposals are consistent with the current sustainability mission of the college and its commitment to agriculture, and Allen said they dovetail nicely with ideas expressed by the community — but he wouldn’t provide any more details.

However Allen did say the college had hired Colliers International as a real estate broker to market and sell the campus. He also said they’d signed a contract this week with Verdolino & Lowey, a Massachusetts accounting firm, who will act as a trustee and take over bill paying and maintenance after the college closes in July.

That reassured many in the crowd, like Tanya and Trevor Humphreys, that the campus would be kept up.

“Our house is across the street from the dorms. We utilize the campus frequently for biking, the river. And eventually, we have a growing family, we’re going to have to sell our house, so there’s some resale value," explained Tanya Humphreys. “And it's also we just care about our town.”

The Humphreyses appreciated the chance to weigh in and would like to see the campus used for agriculture, a trade college or environmental research hub.

Poultney resident James Johnson was not as impressed with Thursday’s meeting, though he said he was happy to see so many in town come out to lend support.

“I think it’s a bit of a cluster. It doesn’t seem like there’s any direction to it,” Johnson said. “I think that the town’s doing a lot, as much as they can, but it seems like a lot of the ideas that are generated are just kind of all over the place and it doesn’t seem like anyone has a clear direction of where this needs to go.”

Organizers reminded the crowd that more meetings would follow as the community honed in on priorities it wanted to pursue.

This is the beginning of a long process, said moderator Paul Costello, director of the Vermont Council on Rural Development. Whatever happens with Green Mountain College, residents would need to work together with state and local agencies to push forward the changes they want in their community.