By HOWARD WEISS-TISMAN as seen on Vermont Public Radio: http://digital.vpr.net/post/rural-towns-fixing-historic-buildings-streng...

Much has been written about what Vermont’s small rural towns need if they hope to survive.

Officials talk about bringing in broadband internet and cell phone coverage, and encouraging young families to move in.

But as they try to avoid population decline and other problems, some towns have decided to invest in what they already have.

Across Vermont, communities have recently invested - or are considering investing - in historic, centrally located buildings that would otherwise sit vacant. The restored buildings, supporters say, can become places where people come together and maintain a sense of commnuity.

In Guilford a community group took over ownership of the historic Broad Brook Grange and just completed a $360,000 renovation that added fire exits and wheelchair ramps. 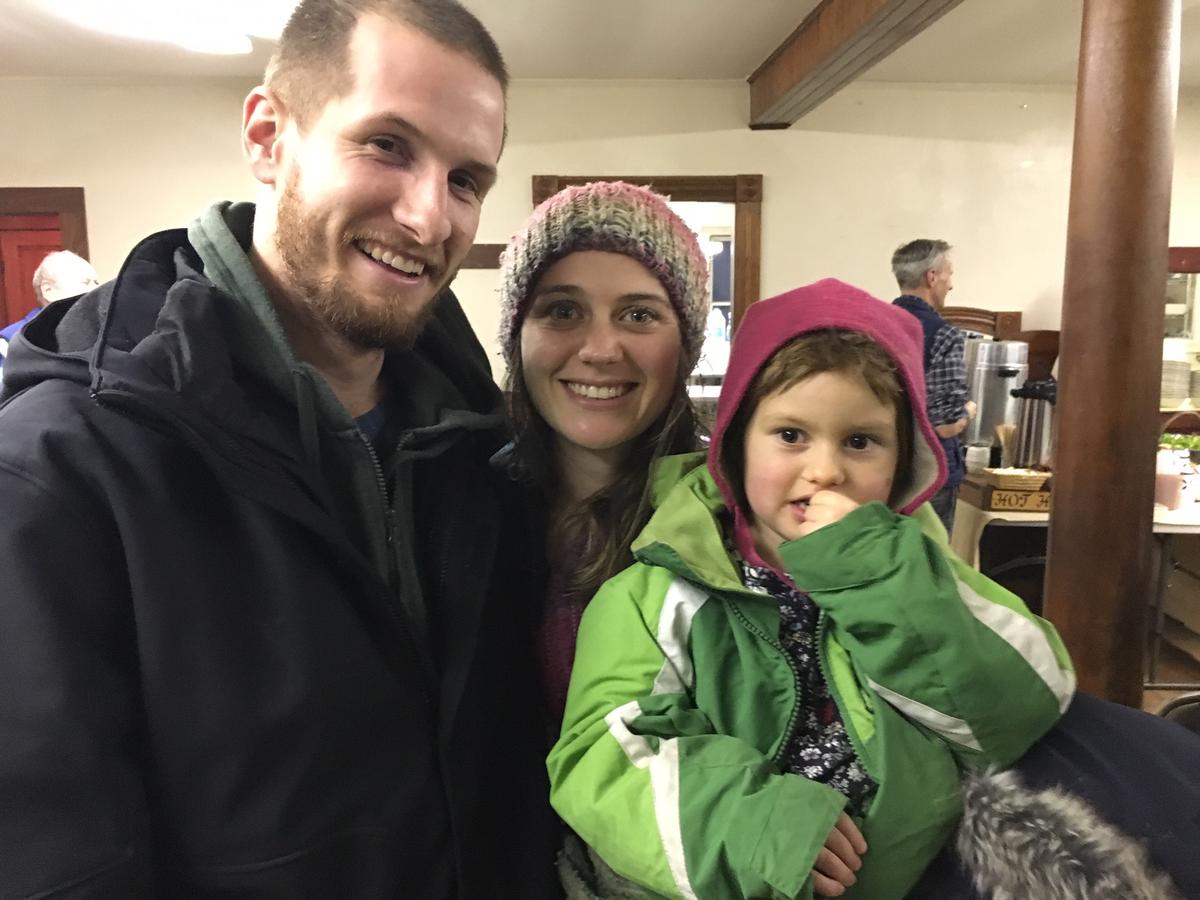 A community supper was held in the meeting room recently. Among the guests was Grace Mossell, who came out with her family to try the chili and cornbread.

“We’ve never been here before so we just wanted to come check it out,” Mossell said as her husband and four-year-old daughter made their way in out of the cold.

Mossell is 28. She’s from Chicago and she moved here last year.

Mossell said she came to Vermont for exactly the kind of scene she encoutered inside the grange - old-timers sitting next to hippies and little kids running around.

“I like the community here around raising kids, and a lot of people with similar values,” she said. “ And I also feel like the quality of life here is just really high. And it’s a little bit more affordable here than it is in other places we’ve lived.”

The dinner at the Broad Brook Grange was a celebration for finishing phase one of a long-term project to pump new life into the 123-year-old building.

Bobbie Haumann’s father and grandfather were both involved withe building when it was a grange. She said investing in the old building was an investment in Guilford’s future.

“When people realize more the greater accessibility to this building it’s going to even open it up that much more,” Haumann said. “Plus we are having new families move into the area. And they do show up. Because the Grange holds brunches. They show up there. People will come tonight. They’ll get excited and the word is just going to spread more and more. So it’s an exciting time I think for this town.”

Saving old buildings is nothing new in Vermont.

But Paul Costello, director of the Vermont Council on Rurla Development, said it’s an especially valuable tool as small towns fight population decline and a loss of identity.

“You know modern life tends to segregate us a little bit,” he said. “And so places like the grange in Guilford are just incredibly valuable.”

Costello said rural Vermont's aging demographics, sketchy cell service and shrinking workforce are all serious challenges that are only getting more severe.

"When people realize more the greater accessibility to this building it's going to even open it up that much more....They'll get excited and the word is just going to spread more and more. So it's an exciting time I think for this town." - Bobbie Haumann, Guilford resident

And while investing in an old building and creating a community meeting place won’t take care of all of that, Costello said it can be part of a town’s survival strategy.

“We tend to think about economic development and attracting the next generation as kind of this generic problem. But it’s not,” Costello said. “It’s about how to capture their imagination; how to make them feel like there’s something going on here that they want to participate in. And there’s something special in these small towns. So the question about attracting people to these small towns is having a vital story, and vital places.”

All across Vermont former town halls and churches are being used as meeting places and arts venues.
Marlboro just opened a community center in an old meeting house, and in Westford, locals are considering whether to convert a former church into a performance venue.

In Norwich, a group of volunteers is getting ready to sink about $90,000 into the historic Root Schoolhouse, a one room school that was built in 1937.

Courtney Dobyns,  chairwoman of a preservation group in Norwich, and said she came to the Vermont in the 1970s as part of the back-to-the-land movement that fueled growth through the latter part of the 20th century.

“We feel that there’s a lot of families that have moved into the neighborhood and there’s a lot of forward thinking about how is this going to be in the 22nd century,” Dobyns says. “You know, it is hopeful, it’s upbeat.”

Dobyns says the group has enough funding to stabilize the building, and will continue raising money to upgrade the electric and water systems.

She expects to have some kind of a celebration in the late summer or fall.