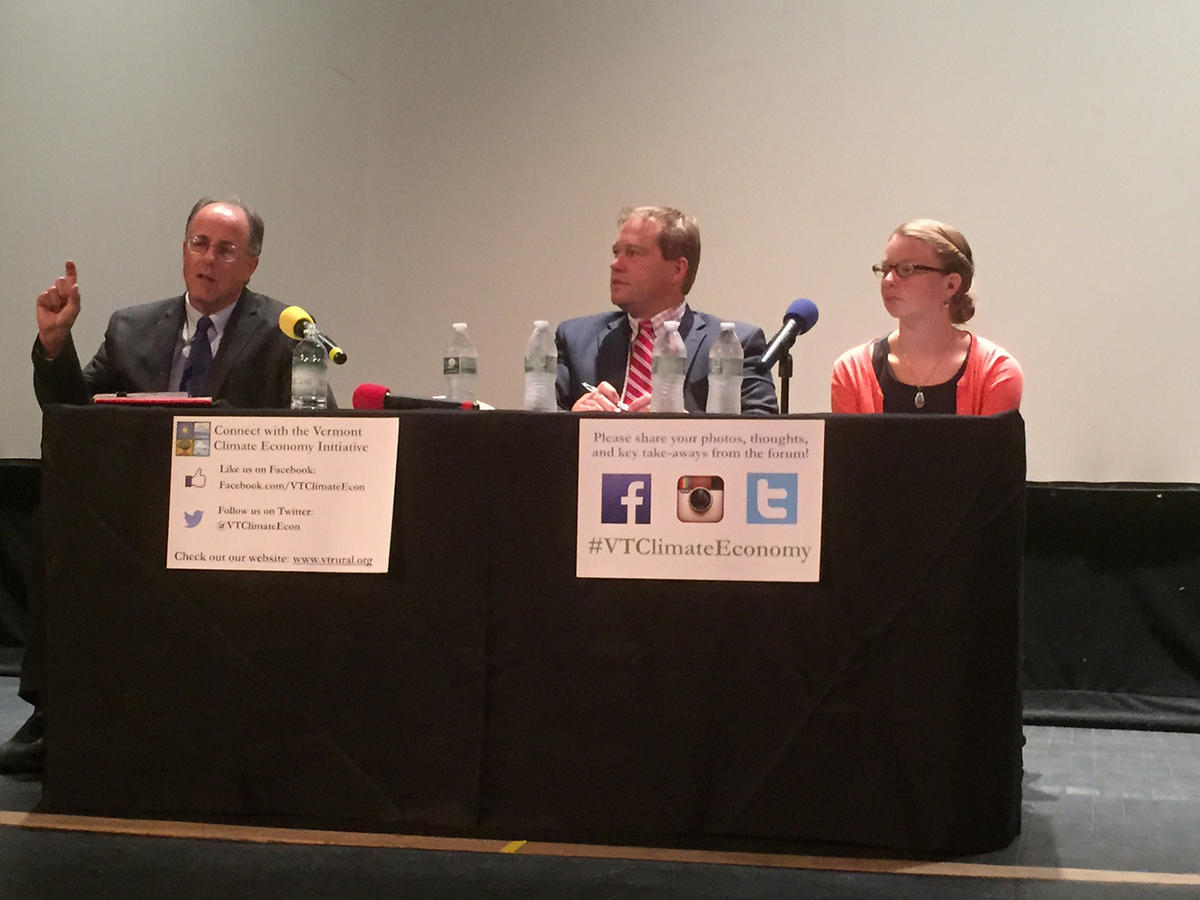 The Vermont Council on Rural Development wants the state to become a leader in growing the green economy as scientists, governments and entrepreneurs confront the effects of climate change.

The council is going around the state to gather input on these issues, and held a forum in Brattleboro.

The timing of the forum could not have been better for the green business sector in Windham County.

Less than two months ago the region received $530,000 in federal, state and local money to support green building companies that do work with sustainable design, energy efficiency and environmentally responsible building materials.

Brattleboro Development Credit Corporation will be directing those funds and Executive Director Adam Grinold says the region is ready to share its story.

"Across the tri-state area this sector features businesses and institutions already producing innovation and skilled work force," Grinold said. "The sector shows major growth potential  in the capacity to generate a wide range of high value jobs and workers to replace those lost from Vermont Yankee. We are excited to join with businesses and community leaders around Vermont in proactively addressing climate change while also addressing our economy."

The Vermont Council on Rural Development is holding the forums to hear from business leaders and the public about how the state can develop a plan to support the green economy.

About 50 people came out to the meeting in Brattleboro, which was the second of three forums. A third is scheduled for Oct. 29 in Burlington.

Grinold says green building is only one of the industries poised to expand as additional resources are committed to coming up with ways to reduce carbon emissions.

"Confronting climate change through innovative economic development can be a competitive strategy, one that will build the national reputation, create jobs, attract youth and entrepreneurship," he said.

Many of the suggestions from the audience to support work now underway will require funding, which is always tough to come by.

But there was also talk of marketing what is going on in Vermont, supporting additional research and asking state government to encourage more energy efficiency work in old buildings.

More than 400 people attended a summit in February to learn about climate change and stimulating the green economy.

The council will take the ideas from the three forums  and come up with a plan it expects to release to the Legislature and the public next year.

A second summit will be held on Feb. 22.